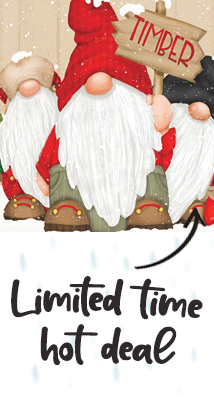 Read more about this wonderful designer below. 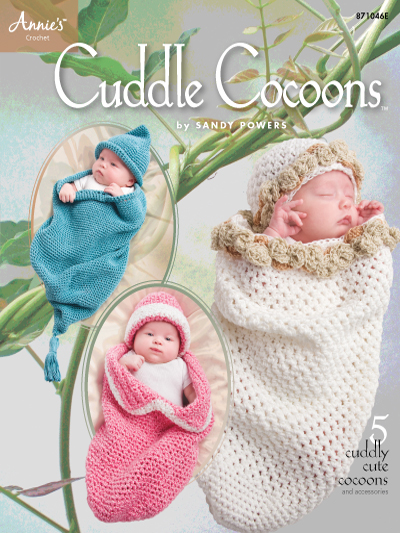 Known as a designer of unique crochet patterns, Sandy Powers has been crocheting for over 30 years. She has enjoyed Annie's Attic magazines since the 70's and has been a faithful customer all these many years. The books, that came every other month, contained the patterns that sent Sandy on her way to selling her handmade items in many gifts shops.

As a way to stay home with her children, and still earn a little money, Sandy first sold her designs when a girlfriend opened a yarn & consignment shop. Later, she and a group of friends started a business called "Country Moms" where handmade items were sold at home parties. Customer's homes were transformed into an arts & crafts store where beautiful handmade designs were available for purchase.

Tired of lugging around containers of crafts, in 1993 the home parties ended and "Sister's Craft Depot" opened for business. A year and a half later, at the age of 40, Sandy became pregnant with her 3rd child. Knowing she couldn't run a business and raise a newborn baby, the decision was made to close the store.

As it turned out, closing the store was a good decision after all. Her son was born with Down Syndrome and a hole in his heart. He spent the first 3 months of his life in the hospital. Until his open heart surgery, those 3 months were touch and go. When her son grew stronger and things had calmed down, Sandy was once again able to go back to her crocheting. At one point she was supplying as many as 5 gift shops with her handmade crocheted designs.

Then Sandy found the internet and started selling her crocheted items online. Very quickly she realized what people really wanted were her crochet patterns. Sandy had toyed around with the idea of writing patterns, but didn't have the confidence to do so. As it turns out, a routine trip to the doctor for a mammogram would prove to be the stimulus that launched her career in this new direction. The test revealed a lump that needed to be removed. It took about 2 weeks before they could operate and give her the wonderful news that it was not cancerous. During those long 2 weeks, the phrase "what would you do if you had a week to live?" kept running through Sandys mind. The answer was "write my patterns down".

Sandy has a strong faith in God and attributes a lot of her knowledge and ideas to have come from God. When she runs out of ideas she prays and lots more ideas come flooding in.

Sandy has won the First Place prize for three years in a row at the Barnstable County Fair in the professional crocheter category. Two of these designs are currently sold on AnniesCatalog.com: Pretty Princess Poncho and Baby Fisherman Cardigan and Hat set.

Be one of the first to find out about special offers and new products!