Annie's gives back to a deserving family on an upcoming season of Military Makeover with Montel. 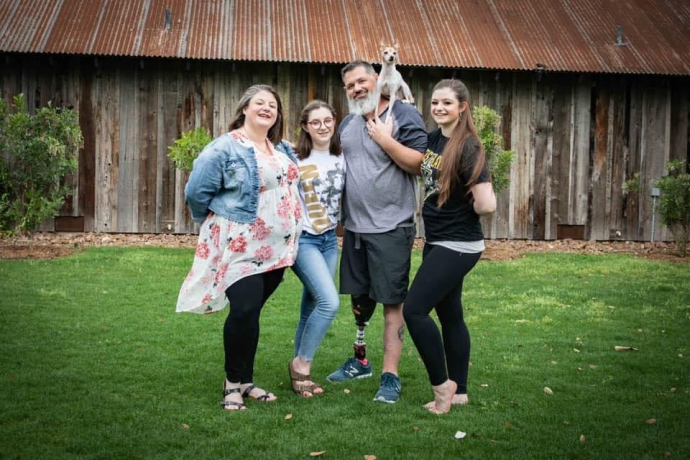 Daniel Burgess served in the Army for 11 years before being medically retired in 2014 after recovering for three years following an IED explosion in 2011 which left him severely injured, including losing his right leg and suffering a traumatic brain injury. Daniel's injury was not only hard for him, it was hard on his entire family. His wife Genette and his daughters Gracie and Kaylee stood by his side through his long recovery which included moving to another state to be closer to Daniel's hospital, and attending countless doctor's appointments.

During Daniel's recovery, Genette, Gracie and Kaylee, who were already avid crafters, began taking an interest in quilting. Daniel, reluctant at first, agreed to take a quilting class with the family. As many others have also realized, Daniel and his family found quilting to be therapeutic for them. It was not only a way for them to bond as a family, it was a way for them to focus on something other than Daniel's injuries. Their love for quilting has grown over the years, and they even have a longarm machine in their home.

The Burgess family is a perfect example of how beneficial crafting can be, and their story will hopefully inspire others who may be having a hard time to consider crafting as an outlet for them. 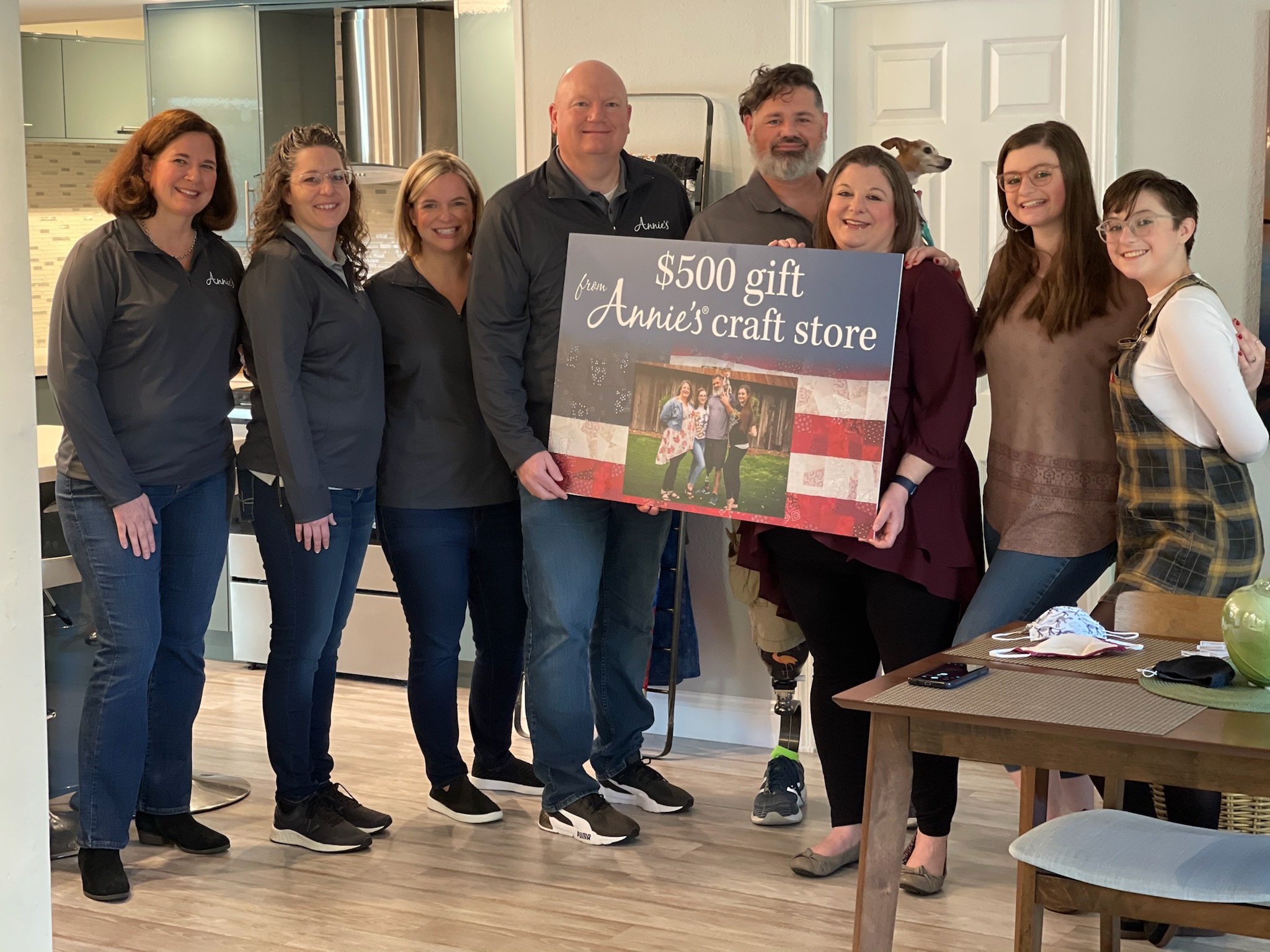 Annie's Gives Back to the Burgess Family

When Annie's heard about the Burgess family's story and how quilting has played such a big part in their lives and their recovery, we knew that we wanted to be able to give back to them, as they have given so much to our country.

Members of the Annie's team had the opportunity to travel to Cape Coral and meet with the Burgess family, hear their story in person and deliver them with a basket full of goodies. Along with the basket, the Burgess family also received subscriptions to Annie's most popular kit clubs, a subscription to Quilter's World Magazine, a subscription to Annie's Creative Studio and a $500 shopping spree on our website AnniesCraftStore.com.

About Military Makeover with Montel

Military Makeover with Montel offers hope and support to military veterans and their families. Talk show legend Montel Williams, a veteran himself, leads the makeover team's mission. This heartfelt series enlists the help of designers, contractors, landscapers and other professionals to transform the homes and lives of military families across the country.

Tune In and Watch the Burgess Family's Story 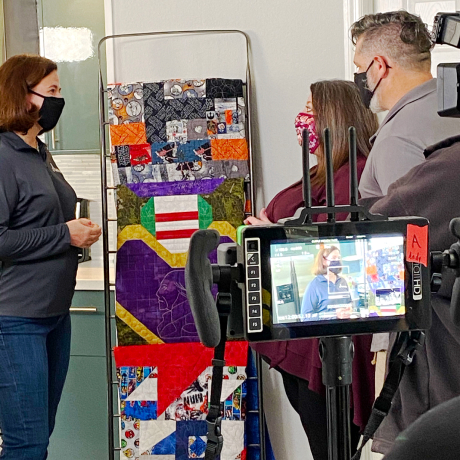 Annie's Continues to Give Back, and YOU can help!

For every order placed between Feb 12 - April 1, 2021 that uses the promo code GIVEONE at checkout, Annie's will donate $1.00 to Warmth for Warriors, which works with volunteers to give handmade, warm, wool hats and other comfort items to active duty, retired veterans and the wounded, injured or sick, in all national and state branches of the US Military. Click here for more details.